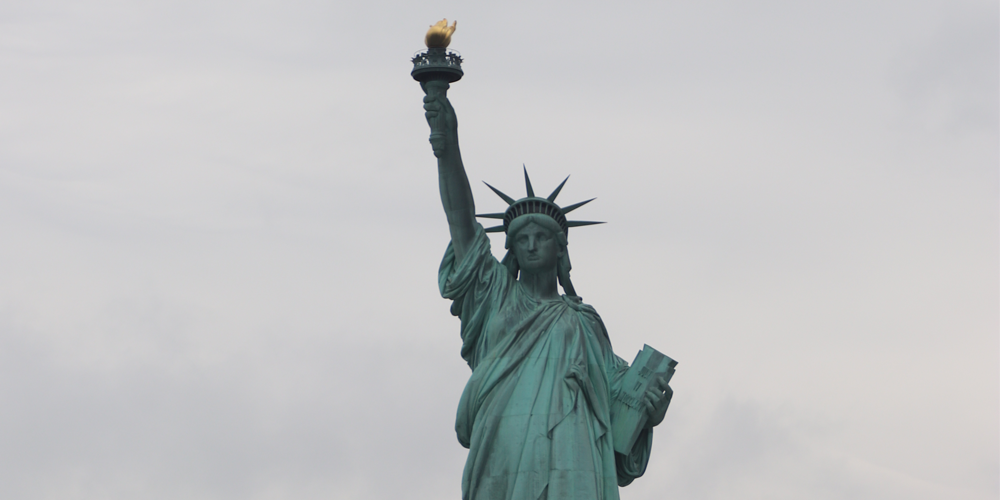 Today we took a trip to the Statue of Liberty! It was an amazing event for our brothers and family! It was very educational and we recommend taking your family or friends!

Take a look at the photos from our trip here.

About the Statue of Liberty

Statue of Liberty, formally Liberty Enlightening the World, colossal statue on Liberty Island in the Upper New York Bay, U.S., commemorating the friendship of the peoples of the United States and France. Standing 305 feet (93 meters) high including its pedestal, it represents a woman holding a torch in her raised right hand and a tablet bearing the adoption date of the Declaration of Independence (July 4, 1776) in her left. The torch, which measures 29 feet (8.8 meters) from the flame tip to the bottom of the handle, is accessible via a 42-foot (12.8-meter) service ladder inside the arm (this ascent was open to the public from 1886 to 1916). An elevator carries visitors to the observation deck in the pedestal, which may also be reached by stairway, and a spiral staircase leads to an observation platform in the figure’s crown. A plaque at the pedestal’s entrance is inscribed with a sonnet, “The New Colossus” (1883) by Emma Lazarus. It was written to help raise money for the pedestal, and it reads:

With conquering limbs astride from land to land;

Here at our sea-washed, sunset gates shall stand

A mighty woman with a torch, whose flame

Is the imprisoned lightning, and her name

Mother of Exiles. From her beacon-hand

With silent lips. “Give me your tired, your poor,

The wretched refuse of your teeming shore.

Send these, the homeless, tempest-tost to me,

I lift my lamp beside the golden door!”